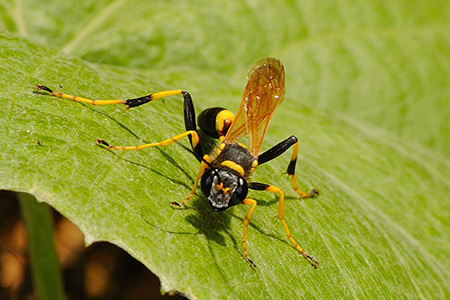 *Thanks to Wikipedia, The name "paper wasps" typically refers to members of the vespid subfamily Polistinae, though it often colloquially includes members of the subfamilies Vespinae (hornets and yellowjackets) and Stenogastrinae, which also make nests out of paper. Twenty-two species of Polistes paper wasps have been identified in North America and approximately 300 species have been identified worldwide. The most common paper wasp in Europe is Polistes dominula.[2] The Old World tribe Ropalidiini contains another 300 species, and the neotropical tribes Epiponini and Mischocyttarini each contain over 250 more, so the total number of true paper wasps worldwide is about 1100 species, almost half of which can be found in the neotropics.